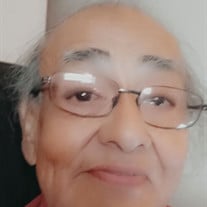 William Dean Kodaseet was born on Friday, September 19, 1958 and passed away on Thursday, April 21, 2022. William was born in Lawton, Oklahoma to Wilbur and Dorothy (Whitefox) Kodaseet. He was raised in Carnegie and graduated with the class... View Obituary & Service Information

The family of William Dean Kodaseet created this Life Tributes page to make it easy to share your memories.