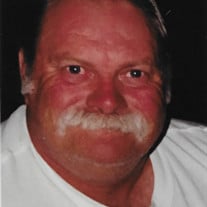 Thomas Oscar Sander, 70, of Burns Flat, Oklahoma passed away on Friday, February 26, 2021, at his home. He was born on April 19, 1950, in Louisville, Kentucky to Ames B. and Jessie E. (Thompson) Sander. Tom and his parents moved from Louisville, Kentucky when he was two and grew up and attended schools in Rial to, California. Tom married Rebecca (Becky) Klava on July 25, 1975 in Las Vegas, Nevada. Tom and Becky made their home in Southern California starting their family in Fontana, California, then Adelanto, California, where they raised two children. When they were empty nesters, they built a home in Hesperia, California. Tom and Becky decided they wanted to retire at an early age, so they sold their home in Hesperia, California, bought a RV and traveled the United States for a year before settling in Burns Flat, Oklahoma. Tom retired from truck driving after 16 years with Thompson Building Materials in Fontana, California. Tom drove a truck for a total of 30 years. Tom and Becky were very involved with their childrens' sports and became soccer coaches. During Christmas holidays Tom would dress up as Santa and make children glow. Tom was also very involved with the Veterans Center in Clinton, Oklahoma, where he was an Ombudsman and then a volunteer for many years. Tom was a member of the Faith Lutheran Church in Hesperia, California. He was preceded in death by his daughter, Annette Sander; parents, Ames Sander and Jessie and Melvin Anderson. Survivors include his wife of 45 years, Becky of the home in Burns Flat, OK Daughter: Gina Rogers-Day of Derby, England, Son: Jeremy Sander of Victorville, CA Granddaughters: Kaitlin Sander of Prescott Valley, AZ, Scarlette Sander of Riverside, CA, Brother: Gerald Sander of Las Vegas, NV, Sisters-in-law: Cindy Metivier & husband David, Kim Otteson & husband Kirk, Pam Booth, Brothers-in-law: Cyril Klava, Scott Lava & wife Camille, and numerous nieces and nephews. Memorial Service: 10:00 a.m., Friday, March 5, 2021 Burns Flat Gym Burns Flat, Oklahoma

Thomas Oscar Sander, 70, of Burns Flat, Oklahoma passed away on Friday, February 26, 2021, at his home. He was born on April 19, 1950, in Louisville, Kentucky to Ames B. and Jessie E. (Thompson) Sander. Tom and his parents moved from Louisville,... View Obituary & Service Information

The family of Thomas Oscar Sander created this Life Tributes page to make it easy to share your memories.