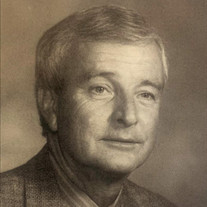 Thomas Anderson O'Hara, 73, of Sentinel, Oklahoma, was born on April 29, 1948, in Elk City, Oklahoma to John Anderson and Anna Faye (Clapp) O'Hara. He passed away peacefully on April 10, 2022. Tommy was the third born of four boys in his family. They grew up on a cotton and livestock farm east of Elk City. All four boys played football, basketball, and baseball in high school. Their family believed playing sports was a privilege to be earned after all the hard work on the farm was completed. He graduated from Elk City High School in 1966. Tommy attended SWOSU in 1970 and later received his Master of Education Degree from there. His first teaching and coaching job was at Tuttle Public Schools. His friends and students at Tuttle schools always held a special place in his heart. Tommy worked at Sentinel Public Schools for twenty-three years and served as high school principal for twenty years. He cared deeply about his students and always enjoyed going to work each day. He farmed during breaks from the school with the help of T.D., Diane, and Tisha. In 2001 Tommy retired from Sentinel schools and began working as a counselor at Great Plains Youth and Family Services in Hobart, Oklahoma, retiring from there as Director in 2012. He attended the First United Methodist Church in Sentinel where he served as lay leader and taught Sunday school class for many years. Tommy enjoyed spending time with his grandchildren, his dog, Truman, playing golf, and swimming. Tommy is survived by his wife of fifty three years, Diane O'Hara Son: T.D. O'Hara and wife Melissa, Norman, OK Daughter: Tisha O'Hara, Oklahoma City, OK 5 Grandchildren: Maddison Shelby of the home Krysta and Griffin Shelby, Marlow, OK Teague and Callum O'Hara, Norman, OK Sister-In-Laws: Melva O'Hara, Paden, OK Saundra Boardman and husband Duane, Edmond, OK Tommy is preceded in death by his parents and three brothers, John Barton, Richard, and Ronnie O'Hara.

Thomas Anderson O'Hara, 73, of Sentinel, Oklahoma, was born on April 29, 1948, in Elk City, Oklahoma to John Anderson and Anna Faye (Clapp) O'Hara. He passed away peacefully on April 10, 2022. Tommy was the third born of four boys in his family.... View Obituary & Service Information

The family of Thomas Anderson O'Hara created this Life Tributes page to make it easy to share your memories.