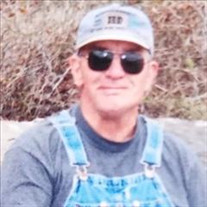 Rodney Erle Brazil, known to most simply as "Rod," was born on July 18, 1952 in Hobart, Okla., to Everett Doyle Brazil and Cathrine (Mitchell) Brazil, and died in a fire at his home during the early morning hours of July 18, 2020, his 68th birthday. A lifelong resident of the Hobart area, he considered the family homestead located in the vicinity of Komalty, Oklahoma, his second home. Rod was raised in Southwest Oklahoma and spent his entire life cultivating crops, tending to livestock, and caring for the community. He married Jan Stoops at the Hobart church of Christ on November 9, 1974, where he was welcomed with open arms by her parents, Eugene and Mary Stoops, and became a beloved member of her extended family. Early in their relationship, Jan's younger brother, Bruce, would often tag along on their dates, a true example of his affection for their family. Rod firmly believed in responsible stewardship of the land, and the importance of respecting the treasures gifted to mankind by God. He was also deeply compassionate and a firm believer in the concept of "love thy neighbor." Exploring the wildlife and geography of Oklahoma was one of Rod's favorite hobbies. For many years, he organized hiking adventures through the Wichita Mountains and, most notably, Devil's Canyon, known as the site of the first official contact between the United States government and the Plains Indians. He also enjoyed hunting and fishing, but as many of his friends will tell you, only if he had permission to use the land. Rod was also a skilled artist and craftsman, contributing to many projects such as illustrations for the annual Hobart Arts & Crafts Festival, and design research for the map of Kiowa County located on the courthouse square. He created numerous works of art over the years, briefly studying design at OSU Okmulgee before returning home for a career as a farmer and rancher. While some of his paintings and prints were lost in the house fire, several remain in private collections. After leaving the day-to-day world of agriculture behind, Rod never fully retired. He spent many years caring for family members, including his grandchildren. Rod loved to meet new people, and he'd never forget to tell new acquaintances that, "My favorite people call me Grandad." He is survived by his wife Jan (Stoops) Brazil, Hobart, mother Cathrine Brazil, Komalty; brother Doyle Brazil, Oklahoma City, brother Phil Brazil and wife Debbie, Corpus Christi; son Rodney Brazil Jr. and husband Scotty, Oklahoma City; daughter Erin Brazil and grandchildren Weston and Donna, Mountain View; daughter Shannon Brazil and grandchildren Alex, Dodge, and Fern, Hobart; his "favorite sons in law" Jimmy Frye and Stephen Green, as well as many cousins, nieces, nephews, and lifelong friends. He was preceded in death by his father, Everett. A memorial service will be held Tuesday, August 18, at 10 a.m. at the Brazil family farm, in a pasture located off N2240 Rd, approximately one mile south of State Highway 9.

Rodney Erle Brazil, known to most simply as "Rod," was born on July 18, 1952 in Hobart, Okla., to Everett Doyle Brazil and Cathrine (Mitchell) Brazil, and died in a fire at his home during the early morning hours of July 18, 2020, his 68th birthday. A... View Obituary & Service Information

The family of Rodney Erle Brazil created this Life Tributes page to make it easy to share your memories.

Rodney Erle Brazil, known to most simply as &quot;Rod,&quot; was born on...