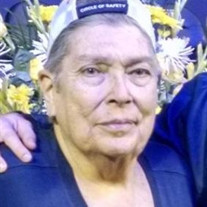 Robert "Bob" Duane Strouse, 70, was called home by Christ on July 9th, 2021 from McAlester Regional Health Center in McAlester, OK. On June 1, 1951, in Perryton, TX, he became the first born of Billy Strouse and Patricia (Edwards) West. Duane was schooled mainly in Wichita, KS and graduated with the class of 1969 from Cabrillo High School, Vandenberg A.F.B., CA. He continued his education at Southwestern Oklahoma State University (SWOSU) in Weatherford, OK, graduating Magna Cum Laude in 1977 while tutoring other upcoming students. In 1978, Duane landed a job with Texaco Oil Company in Tulsa, OK as a Junior Accountant. He remained with Texaco, moving first to Los Angeles, CA and finally to Houston, TX as he rose in the company to Senior Financial Analyst when he retired. He then opened "Strawberry Dog", a kennel and grooming salon. Duane had a servant's heart, always trying to help others in any way he could, especially in tutoring. He had many varied interests. He was an avid sports fan, particularly following the Steelers, O.U., and St. Louis Cardinals. As much time as he could spare, he was out on the golf course until a car accident put him in a wheelchair. Duane also loved to cook and spent much of his holidays baking pies for others. He also enjoyed counted cross stitching and was considered by many as being unequaled in the craft. He will be truly missed by every heart he touched. He is preceded in death by his mother, Patrica West and grandmother, Bertha Spiva, both of Hobart, OK. He is survived by his dad, Raymond West of Hobart, OK, brother Steve Strouse of Duncan, OK, brother Joe Strouse of Hobart, OK, sister Kimberly Bettinger and husband Dan of McAlester, OK, sister Connie West of Hobart, OK, brother Kipp West and wife Judy of Church Hill, TN, and numerous nieces and nephews. Under the direction of Ray and Martha's Funeral Home, Hobart, OK.

The family of Robert Duane Strouse created this Life Tributes page to make it easy to share your memories.

Robert &quot;Bob&quot; Duane Strouse, 70, was called home by Christ on...