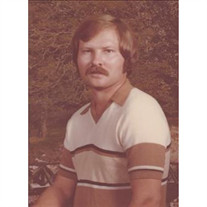 Ricky Lynn White was born on September 19, 1952. He entered into heaven on October 15, 2018. Rick was born to Leland and Geraldine White in Sentinel, Oklahoma. He was raised in Sentinel and graduated in 1970. He was a star track athlete and salutatorian of his graduating class. He graduated summa cum laude from Southwestern Oklahoma State University in Weatherford, Oklahoma with a business degree. Rick married his high school sweetheart, Delores Ann Yount, on May 25, 1973 in Sentinel, Oklahoma. They lived in the Oklahoma City area for two years while Rick was a bank examiner. They returned and made their home in Sentinel. Rick worked for over 40 years at the State Bank of Rocky and the Bank of Cordell until his retirement in August 2014. The majority of those 40 years were spent working with three of his best friends: Ernie, Becky, and Rita. His customers trusted him and would tell you there is no one better or more honest. In his retirement, he loved seeing his grandkids play sports, going to movies, working on his stocks, and playing lots of dominoes. He enjoyed going to Las Vegas with one of his best friends, Dennis. Rick asked Jesus to be his Lord & Savior in 1972 at a youth rally at Sentinel United Methodist Church. He chose to be baptized on August 9, 2018 at the First Baptist Church in Sentinel. Many friends were there to stand in faith with him. Rick and Delores have three daughters: Kelli Hightower and husband Darren of Claremore, Oklahoma, Traci Story and husband Daryn of Edmond, Oklahoma, Kori Eckhardt and husband Kurtis of Sand Springs, Oklahoma. Rick's pride and joy was being a PaPa to his 6 grandsons: Jace, Rhett, Cade, Summit, Beckham, and Miles. He was such a fun PaPa that made many memories with his boys. Rick was such a great man that, if you knew him, you loved him. He was a great dad, husband, son, PaPa, and friend. People gravitated to him because of his great personality and his great ability of story telling. He was such an honest guy that would do anything for his friends and family. He was a great man of character, never held grudges, and was kind to all he met. He will be so very missed. Rick is preceded in death by his grandparents, parents Leland & Geraldine White, and his brother Don White. Funeral: 11:00 a.m., Thursday, October 18, 2018 First Baptist Church Sentinel, Oklahoma Burial: Sentinel Cemetery Sentinel, Oklahoma Services are under the direction of Ray & Martha's Funeral Home, Sentinel, Oklahoma.

Ricky Lynn White was born on September 19, 1952. He entered into heaven on October 15, 2018. Rick was born to Leland and Geraldine White in Sentinel, Oklahoma. He was raised in Sentinel and graduated in 1970. He was a star track athlete and... View Obituary & Service Information

The family of Ricky Lynn White created this Life Tributes page to make it easy to share your memories.