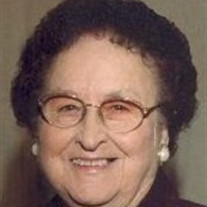 Mildred was born in Wapanucka, Oklahoma on January 31, 1918. Her father, Freddie Theadore Andrews, was a share cropper and was happy to have another helper on the farm. They moved from Texas to Johnson county in 1914, where they lived near Coleman. Mildred (Andrews) Hicks would have celebrated her 103rd birthday next month. How many new things were seen through her eyes? Mildred was born before color television, passenger airplanes, traffic lights, indoor toilets and showers, computers, cell phones, the internet, and portable music players. NASA and space ships had never been thought of, except maybe, in Buck Rogers. She has seen eighteen different presidents take office. Mildred told of her younger days: "We didn't have a car. We rode a horse, a wagon, or we walked. My dad had a farm, and he plowed the ground with a mule. We milked a cow for our milk and went outside to the hand pump for a bucket of water for the house. In the winter, we had a fire in the fireplace to heat the entire house and to cook the food. My mother, Betty, washed clothes on a washboard and hung them out on a line to dry. They smelled so good! We moved to a place west of Coleman and rented nine-hundred acres. This place had both cotton and prairie hay. We also took in some cattle from the neighbors and fed them. We had lots of cows. The older kids would milk them. Mother would make butter out of the cream and sell it in town, along with barrels of turkeys that we raised - ten dollars a barrel. I went to school at Coleman and had to walk three-and-a-half miles to get there. It seemed like it was uphill both ways. My dad was the clerk on the School Board. The school-house had only one room, and one teacher taught the three R's - reading, writing, and arithmetic. I used a small board, called a slate, to do my lessons. At night, I used a kerosene lantern to do school work or to sew clothes. Our family later moved to Colony, on Five-Mile Creek. The next year, January 1934, I started school at Eakly and met a handsome man that I would later marry, Volon Montgomery. We were married in 1937 and had three children - Edna, Rita, and Carl. Our new family worked hard at the Eakly Cream Station and local mechanic shop. We spent some time custom combining and working in the orchards of California. Our hearts remained at the Oklahoma farms, where we returned and raised our family. We lived on Cobb Creek between Eakly and Alfalfa for eighteen years. In 1964, we moved five miles north of Carnegie, where I lived on the farm for the next fifty years. I later married Vester Hicks, and we had a happy life until his death in 1994. In 2013, I moved to Weatherford because of health reasons, and I'm loving to be near my daughter, Edna Hayes, and lots of grandchildren. I'm thankful God gave me such a good life and three wonderful children." Mildred was a member of the Alfalfa Baptist Church for over seventy years. Mildred is survived by one son, Carl Montgomery and his wife, Kathy of Del Mar, California; one daughter, Rita Goodwin of Carnegie, Oklahoma; one son-in-law, Wayne Hayes of Weatherford, Oklahoma; one sister-in-law, Mary Andrews of Binger, Oklahoma; several grandchildren, great-grandchildren, great-great-grandchildren, nieces, and nephews. She was loved by all of them. Mildred is preceded in death by her parents, Freddie Andrews and Betty (Guyton) Andrews; daughter, Edna Hayes. Graveside services for Mildred Hicks will be at 11:00am on Saturday, December, 26, 2020 at Alfalfa Cemetery in Alfalfa, Oklahoma. Officiating will be Pastor Javan Shaw assisted by Pastor Joe Sanders. Under the direction of Ray and Martha's Funeral Home in Carnegie, Oklahoma.

Mildred was born in Wapanucka, Oklahoma on January 31, 1918. Her father, Freddie Theadore Andrews, was a share cropper and was happy to have another helper on the farm. They moved from Texas to Johnson county in 1914, where they lived near Coleman. Mildred... View Obituary & Service Information

The family of Mildred Hicks created this Life Tributes page to make it easy to share your memories.