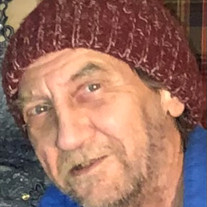 Michael Lee Miller 66 was born on November 12, 1954, in Bakersfield California to Guy and Betty Miller. He passed away in his home of Mountain View, OK November 5, 2021. Michael spent much of his younger years in California hanging out with... View Obituary & Service Information

The family of Michael Lee Miller created this Life Tributes page to make it easy to share your memories.