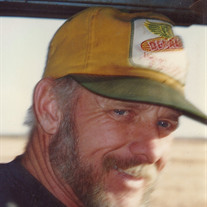 Larry Eugene McElreath, 72, died Saturday, October 28, 2017 at his home in Hobart, OK after a brief illness.Larry was born November 10, 1944 in Hobart to Frances Corrine (Moore) and William Jackson (W.J.) McElreath Jr., the youngest of three children.He was a 1963 graduate of Hobart High School, and earned an undergraduate degree in 1967 from the University of Oklahoma where he was a member of the first Presidential Leadership Class all four years. In 1969 he completed work on an MSW degree while also serving as the president of the student body.He was a lifelong OU fan, fanatically following OU football. Drafted into the U.S. Army, Larry met Bridget Gregory in 1970 in Nuernberg, Germany. He served as a psychiatric social worker at the 130th General Hospital while Bridget was the hospital recreation supervisor for the American Red Cross at the same facility. After leaving the Army, Larry accepted the position of Executive Director of the newly-formed youth agency in Ada. Larry and Bridget were married April 12,1973 in Norman, and immediately moved to his hometown where, as a Licensed Clinical Social Worker, he opened a private practice dealing with marriage and family counseling. Larry also became a college professor, teaching psychology, sociology, and marriage and family counseling at Western Oklahoma State College in Altus. He was also an assistant adjunct professor at OU, supervising the field placement of graduate students in the School of Social Work. In 1979, Larry began serving as a consultant for Great Plains Youth and Family Services in Hobart, later working as the sales manager for KTJS/KQ106 in Hobart where he sold radio advertising, wrote and produced radio commercials and broadcast special events.He was the sideline commentator for Hobart football games for over 30 years.In 1984, Larry became the first Executive Director of Searchlight, Inc., working with adults with developmental disabilities. He retired as a Case Manager Supervisor for the Developmental Disabilities Services Division. He retired to raise cattle, wheat, alfalfa, oats, honey bees and restore old John Deere tractors. Larry was preceded in death by his parents, his older brother William McElreath and sister-in-law Jane Gregory. He is survived by his wife Bridget, his sister Karen Coakley, niece Tammy McCollom (Ricky), nephews Jon David Coakley, Coach Jeff Coakley (Katie),and Jim Coakley (Korrie), all of Hobart and goddaughter Hannah McCollom of Ghana and godson Jack Gregory of Wisconsin. He is also survived by Bridget's brothers and sisters: Mathis, Michael Gregory, Martin Gregory, Betsy Dow, and Gregory Brenton Gregory, all of Wisconsin; Christine Gregory of Virginia, Charles Gregory of Vermont, Lucy Doll of North Carolina, and Kate Gregory of Seattle, Washington, as well as 18 nephews and nieces and many great-nephews, great-nieces and a multitude of dear and close friends. Services will be held Thursday, November 2, at 2:00 p.m., at Ray & Martha's Funeral Home Chapel in Hobart with burial at The McElreath Farm. The family will hold visitation Wednesday, November 1 from 6-8:00 at the funeral home. The family suggests contributions to Searchlight, Inc in lieu of flowers.

The family of Larry McElreath created this Life Tributes page to make it easy to share your memories.