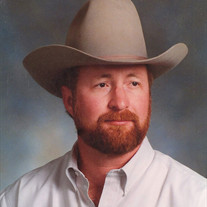 Kenneth Edwin Theesen, 70, of Watonga, Oklahoma passed away on September 29, 2021 in Mangum, Oklahoma after battling an illness. He was born on February 16, 1951 in Hastings, Nebraska to Norman Edwin and Betty June (Connor) Theesen. He was the first of three children. Kenneth grew up in Hobart, Oklahoma. In his early years he attended the First Lutheran Church and was confirmation into the church in 1966. As a student at Hobart High School, he was a member of 4-H and FFA. He enjoyed showing his American Yorkshire and won grand champion. While in high school he was employed at Hobart Democrat Chief as a print setter, until he graduated in 1969 from Hobart High School. Lloyd Straub hired him to help pump gas and do automotive repairs. This worked out nice for Ken, because he was able to work on his 1957 Chevy after hours in Straub's garage. Ken loved to drag race, 1/4 mile track in Fredrick, Oklahoma or 1st mile line south of Hobart, on Old Ice Plant Road. After a few tickets, he chose Law Enforcement. During his career he worked for Hobart, Granite, Mountain View, Clinton, and Putnam City Police Department. He took a short break from law enforcement and worked for Fred Baker Firearms in Oklahoma City, Oklahoma and Southwest Shooter Supply in Oklahoma City, Oklahoma until 1996. He returned to law enforcement in Watonga, Oklahoma as under sheriff for Blaine County. He retired due to illness. In his spare time he loved turkey hunting, deer hunting, and fishing. He is survived by his: Son, Walter Kendall Theesen and wife Crystal, Watonga, OK 1 granddaughter: LeAnn Rogue Theesen, Watonga, OK Brother: Norman Keith Theesen and wife Kay, Hobart, OK Step-Brother: Kevin Theesen and wife Tina, Apache, OK Nephews, Jarrod Theesen and wife Crystal, Hobart, OK Brayden Theesen, Hobart, OK Tanner Theesen, Hobart, OK He is preceded in death by his: parents Norman and Betty Theesen, and sister Brenda Theesen (Weber). Memorial Service: 2:00 p.m., Saturday, October 23, 2021 Ray & Martha's Funeral Home Chapel- Hobart

Kenneth Edwin Theesen, 70, of Watonga, Oklahoma passed away on September 29, 2021 in Mangum, Oklahoma after battling an illness. He was born on February 16, 1951 in Hastings, Nebraska to Norman Edwin and Betty June (Connor) Theesen. He was the... View Obituary & Service Information

The family of Kenneth Edwin Theesen created this Life Tributes page to make it easy to share your memories.

Kenneth Edwin Theesen, 70, of Watonga, Oklahoma passed away on...