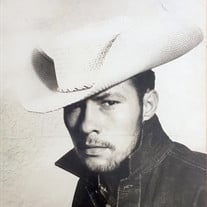 Ellis Leon Grigg Obituary I am the resurrection and life, saith the Lord: he who believes in Me, though he were dead, yet shall he live: and whosoever believes in Me shall never die. Ellis Leon Grigg died in Oklahoma City, and went to be with his Lord on June 27, 2020. He was born on April 6, 1939, to parents Ellis and Doris Grigg in Rocky, Oklahoma. While still a small boy, the family moved to a farm southeast of Sentinel. He attended Sentinel School and helped his father farm during his school years. After graduation from high school in 1957, he attended Oklahoma State University where he received his bachelor's degree. He returned to Sentinel to do what he loved best � farming. He raised his family there and farmed with his dad for 50+ years. Leon married Janet Carter Mitchell on July 5, 1975. As a member of the First Baptist Church in Sentinel, he served the Lord with joy and compassion for his church family and the Sentinel Community. He loved his family and made an indelible mark on their lives. Although he will be sorely missed by his family, they know they will one day be reunited with him in heaven. Leon's love of life and people were evident to all who knew him. He loved to share the Lord with folks and spent countless hours praying for and with anyone God sent his way. One did not have to spend much time with him to know he loved telling jokes, making people laugh, and playing dominoes. Family and friends will always remember his contagious smile and laughter. His parents, Ellis and Doris Grigg, and his sisters, Inez Hendricks and Helen Snow, precede Leon in death. Leon is survived by his wife, Janet Grigg, his son and daughter-in-law Greg and Jennifer Grigg, his daughter and husband Leasa and Randy Beech, his daughter and son-in-law Myki and Tom Keffury, and his son Monte Mitchell. He is further survived by his grandchildren, Hannah and spouse Jordan Butler, Amanda and spouse Troy Norman, Logan and spouse Lauren Grigg, Maggi and spouse Noah Sharp, Bobby Keffury, Jayci Keffury, Allan Pyka,and Kylan Simpson. Great grandchildren are Joshua and Jordyn Sharp, Isaiah Grigg, Jasper and Rooney Butler, Sloane and Declan Norman; niece Kelly Wood, and three nephews, Scott and Mark Hendricks, and Shawn McGuire: two brothers-in-law Roy Snow and R.L. Ridling.

The family of Ellis Leon Grigg created this Life Tributes page to make it easy to share your memories.

Ellis Leon Grigg Obituary
I am the resurrection and life, saith...