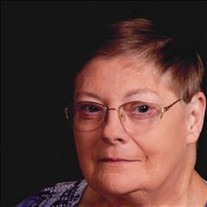 Elizabeth Ann Hall, 74, of Hobart, Oklahoma passed away peacefully on January 13, 2022 in Cordell, Oklahoma. She was born on March 22, 1947 to Ray and Wanda (Bogle) Hall in Hobart, Oklahoma. She grew up and graduated from Hobart High School in 1965. She lived in Oklahoma City and worked for the DHS State Office for several years, before returning to Hobart to begin her career as a Social Worker at the Kiowa County DHS Office. Elizabeth was a member of the First Baptist Church in Hobart and was an avid OSU fan. In her spare time she enjoyed spending time with her family and friends. She is survived by: Cousin: Jan Smith, Weatherford, TX and a host of family and friends She is preceded in death by: Her parents, grandparents, and aunt and uncle Rob & Betty Jo Robson. Donations may be made to the Kiowa County Museum. Under the direction of Ray & Martha's Funeral Home, Hobart, OK Visitation: 9:a.m.-8:00p.m. Monday, January 17, 2022 9:00a.m.,-1:00p.m., Tuesday, January 18, 2022 Graveside: 2:00p.m., Tuesday, January 18, 2022 Hobart Rose Cemetery, Hobart, OK

The family of Elizabeth A Hall created this Life Tributes page to make it easy to share your memories.