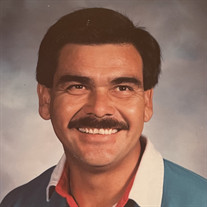 Edmond R. Callahan was December 27, 1956, to Ewing Paul and Sophia (Hummingbird) Callahan and was called Home on August 27, 2021, with his family by his side, after a brief battle with cancer. Eddie grew up in the Stecker area and graduated from Broxton High School. He received a bachelor's degree in Education from USAO and taught physical education for fifteen years. He also coached football, basketball, baseball, and tennis. He is remembered as "Coach Callahan" by the students that he taught/coached during this era of his career. He earned a Master's degree in School Administration, from SWOSU, and served as an Assistant Principal at Anadarko Junior High before becoming the principal at Anadarko's alternative education program, known as AWARE. This was likely the most fulfilling time of his career as an educator. He absolutely enjoyed his time at AWARE and felt this was where he had the most impact on student lives. In all, Coach/Mr. Callahan served as an educator in the Anadarko Public School system for thirty years. He was recently asked why he chose education for a career and his response was, "I wanted to help children." There is no way to truly measure the impact that Coach/Mr. Callahan had on his students, but it was not uncommon for students to approach him and tell him how much of a positive influence he had on their lives. Eddie was an avid OU football fan and enjoyed watching all of the games with his family. He was very much looking forward to the season ahead. His favorite pastime was riding his Harley Davidson Motorcycle. He had many cross country adventures on his bike that he nicknamed, "Ilene". Eddie was a member of the Kiowa Tribe. Eddie leaves to cherish his memory: His three children: Jenny Head and husband ,Darwin, Anadarko, OK Lacey Green and husband, Shane, Norman, OK Kylie Callahan of the home Grandchildren: Leondre Head, Olathe, KS; Desmond Head, Anadarko, OK; Seanna Boltz, Anadarko, OK; Charles Thomas, Anadarko, OK; Alexander Lang, Anadarko, OK; Leighton Callahan, Anadarko, OK; Brooks Callahan Green, Norman, OK Sisters: Bonnie Bruton , Missouri; Annabel Koassechony, Stecker, OK; Ava Hill, Nacodoches, TX Brother: Kennie Callahan and wife Pam, Stecker, OK Brother-in-law: Danny Palmer, Stecker, OK Numerous nieces, nephews, cousins and friends and his faithful four-legged companion, Max. Eddie was preceded in death by his parents; grandparents, Richard and Lou Daniels (Domebo) Hummingbird; his sisters, Sylvia Head, Judy Laven, and Beverly Palmer; his brother, John "Pinky" Callahan; his nephew, Bobby Archilta; and his niece, Vickie McKee. Due to the public health crisis, posed by COVID-19, there will be no public memorial service. The family will gather for a private memorial at a later time.

Edmond R. Callahan was December 27, 1956, to Ewing Paul and Sophia (Hummingbird) Callahan and was called Home on August 27, 2021, with his family by his side, after a brief battle with cancer. Eddie grew up in the Stecker area and graduated... View Obituary & Service Information

The family of Edmond Ray Callahan created this Life Tributes page to make it easy to share your memories.