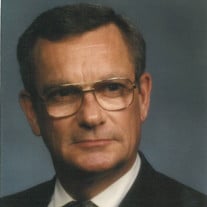 Charles Riley (Chuck) Carpenter, 85, of Mangum, Oklahoma, passed away on November 3rd, 2021 at his home. He was born on June 9th, 1936 to Riley "Ted" and Chlora (Cape) Carpenter in Oklahoma City, Oklahoma. Chuck grew up and attended school in Oklahoma City and graduated from Capital Hill High School in 1954. While Chuck was in school, grade school through high school, he would go work for his Grandfather at "Capes Dairy and Farm" which was located south of Oklahoma City. At the age of 16, Chuck worked at the Capital Hill Bowling Alley setting pins. Chuck enlisted in the United States Naval Reserve during his Jr. High years. He served 8 years and was honorably discharged. Chuck re-enlisted in the military reserves with the Air National Guard and stationed at Will Rogers Airport in Oklahoma City, Oklahoma, He later retired with the rank of Master Sergeant. Chuck attended Oklahoma State University school of Electronics and obtained a Business Degree. Chuck continued his education and received a master's degree from Central State College in Edmond, Oklahoma. Chuck Married Barbara Everette on June 10, 1989 and they eventually made their home in Mangum, Oklahoma. Chuck was a member of the American Legion in Mangum. He served on the planning and zoning board, and was also he a member of the Chamber of Commerce. He will be deeply missed by all who knew and loved him. Survivors include his wife, Barbara Carpenter of the home Children: Tracy Carpenter, Kenneth O'Neal, Rodney O'Neal, Duane O'Neal and Tricia Johnson Grandchildren: Cody Carpenter and Nicholas Carpenter Preceded in death by his Parents: Riley and Chlora Carpenter and Children: Brent Carpenter and Paul O'Neal Memorial Service: 2:00 p.m., Monday, November 15, 2021 Memorial Park Cemetery Oklahoma City, Oklahoma

Charles Riley (Chuck) Carpenter, 85, of Mangum, Oklahoma, passed away on November 3rd, 2021 at his home. He was born on June 9th, 1936 to Riley "Ted" and Chlora (Cape) Carpenter in Oklahoma City, Oklahoma. Chuck grew up and attended school in... View Obituary & Service Information

The family of Charles Riley Carpenter created this Life Tributes page to make it easy to share your memories.