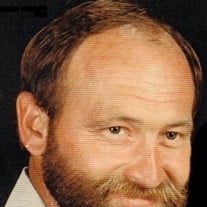 A.J. Spence was born December 20, 1942 in Duncan, OK to Thurston and Alice Ruth Jones Spence. It is not bragging to say that Alice and Thurston had three very smart boys, and Jay was the oldest of the brothers. Jay attended Duncan schools... View Obituary & Service Information

The family of A J Spence created this Life Tributes page to make it easy to share your memories.